The sky is Higher Here

My mother told me I was a late walker. My oldest son didn't walk until his brother was born – a year and four months later. Eventually, we all learn from our falls, scraped knees, and recoveries. One step after another, we immigrants walk further, and we recognize each other by what we leave behind—places, people, affections, and things, by our suitcases, and by our march away from the place we inherited at the first breath of life. We share the same sense of physical and emotional displacement as well as a sense of wonder at the unknown. For us, the sky is higher. We find ourselves looking for shelter from the wind, just like the naturalized flora I painted on Denim—large mullein, Queen Anne lace, clover, a bull's-eye daisy. I read in a New York Times article published in 1982 that there are many other naturalized citizens who came without an entry visa or passport and who did not have to swear an oath of allegiance. They originated on other continents but found conditions to remain and reproduce. They are the ones that have established themselves despite targeted eradication efforts. They survived by chance, force, and will.

A few years ago, I crossed the city collecting letters written by immigrants. I also asked them for a pair of Denim. A pair of jeans is an American icon. It means work, hard work, but also support and comfort. In the mesh weave, we can talk about indigo in terms of minorities, power struggle, and oppression; indigo is the most important dye in the world. We can talk about cotton, cultivated by the Indus Valley civilization in 2300 BC in terms of colonialism in the 19th century when indigo plantations had genocidal consequences and resulted in the decimation of indigenous communities.

We who immigrate become strangers to protect what is fragile and what we love – our quest for humanity and our full potential – the infinite blue above our existences. The practice of walking is to think with the body and to learn to belong. To look for blue is to dream. Both have to do with memory. We want to be remembered. Cloud in Trousers can be a quilt, a painting, a thread unraveling a bit of history and the taxonomy of plants. What it is though, undoubtedly, is a shelter of many immigrant journeys that reveal our intimacies as collective experiences.

A Day has 12 Coats pays homage to the women who shaped this country and traced its history—European and Latin American immigrants who arrived between two great wars, working low-paying jobs. To create these pieces, I asked myself: How do we turn perception into knowledge and then art while thinking more freely, beyond myself? I looked at the agencies within the object used by those immigrants and the workspace. I searched for their transformative potential. I thought of memory, reproduction, and the repetition of labor. Routine. I ran a photograph of an NYC garment shop going full force in an ordinary day and another of an early Singer sewing machine countless times through my regular printer until the image bled—and bled and bled again. Then, only then, I picked up my needle and stitched a remembrance of their legacy 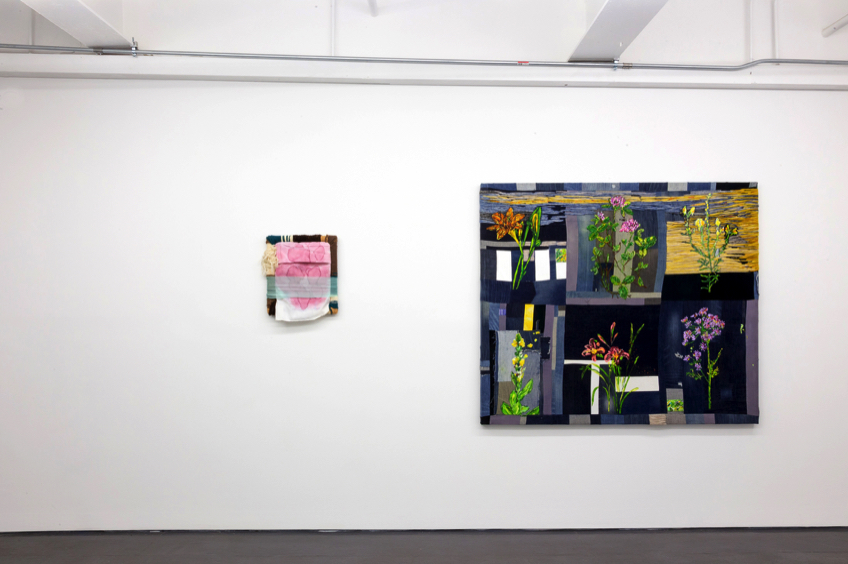 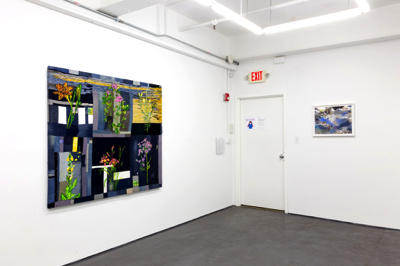