ōō”†–ō: WHEN HUNGRY, EAT YOUR RICE

Shown at the Zen Mountain Monastery. MT. Tremper.  Fall of 2016

6 Degrees refers to the connections and community formed through 184 Project Space, which is dedicated to highlighting the power of the domestic space by providing community, access, and support. It challenges traditional art structures while encouraging creative feedback to the question of how art lives outside of the white box.

ōō”†–ō: When Hungry, Eat Your Rice is the exploration of BINARY OPPOSITION SYSTEMS and MARK MAKING through form, repetition, and time.

Rice is the object of study refering directly to Japan and the practice of Zen.

In mark making, I was interested in registering the marks each rice leaves on paper as a metaphor for our human experiences. Like rice, we are anonymous beings in this vast world, yet, leaving personal, distinctive marks.

I also investigated how form is created through painting and dropping grains on paper when the mind frees itself from the binary structures. These dichotomies "are part of the system by which, in language and thought, two theoretical opposites are strictly defined and set off against one another (Smith G. 1996. “ Binary opposition and sexual power in Paradise Lost. “Midwest Quarterly. 27 (4): 383). My conclusion is that time and repetition dissolve oppositional dualities.

According to post-structuralism, presence occupies a position of dominance in Western thought over absence, because absence is what one is left with when presence is taken away from experience (Britannica 2011, Binary opposition, viewed 9 March 2011). When I reached day 5, my study-rice sheet became “Openness.” These socially constructed models were no longer relevant, and my art practice was subjected to randomness and chance.

My deconstruction under repetition and stretching of time exposed how these oppositions work inside and outside of the mind and how meaning and values are produced, opening a new space for a change. As Hojin Osho, priest, Dharma Holder, teacher, and artist says, "So often when we hear the words “feminine” and “masculine,” we go right to gender, right to men and women. But the feminine, in the sense you are using it, is not referring to gender. These words are describing qualities or primal energies in all of us. "(A Conversation with Women Teachers in the Mountains & Rivers Order.

www.mountainrecord.org/open-access/facets-of-the-jewel/). Deconstruction allows a new model to rise where these notions are no longer oppositional terms, but qualities in constant interplay.

Control slowed down the process of painting the grains. Much effort was needed to arrange them into a grid

I take as real the place where I drop each grain. I look for the feminine within. The more I look into the black, the more I see red

I want to let it go: The form. But it has been a challenge not to think of it

This dark ink spot has marked my experience as an immigrant. People come and go.The gifts of temporary love. A place of impermanence. Day 4 is a turning point where I don't want to categorize things in relation to their opposite

There is something beyond all that. Something with no beginning or end

Rice marks in ink and pencil on Rice Paper 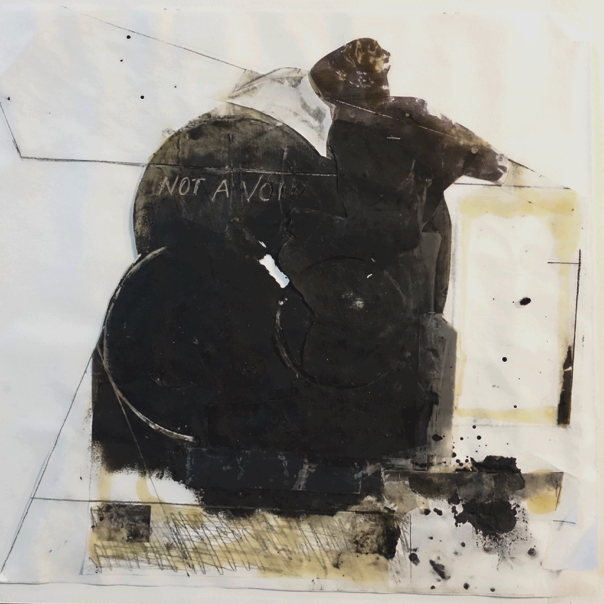 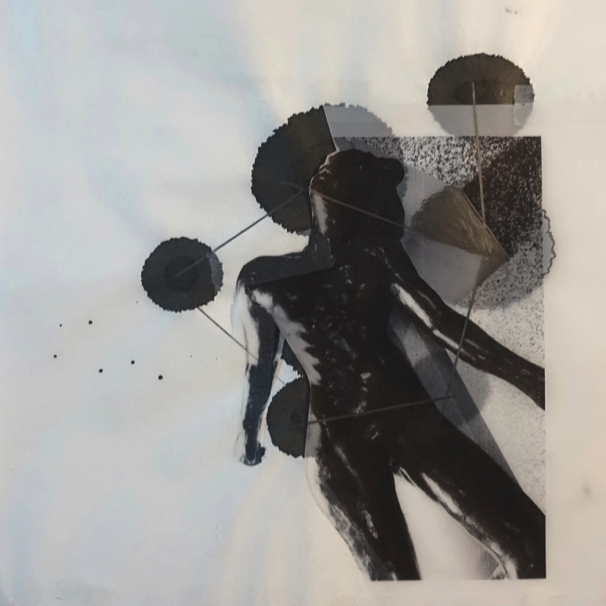 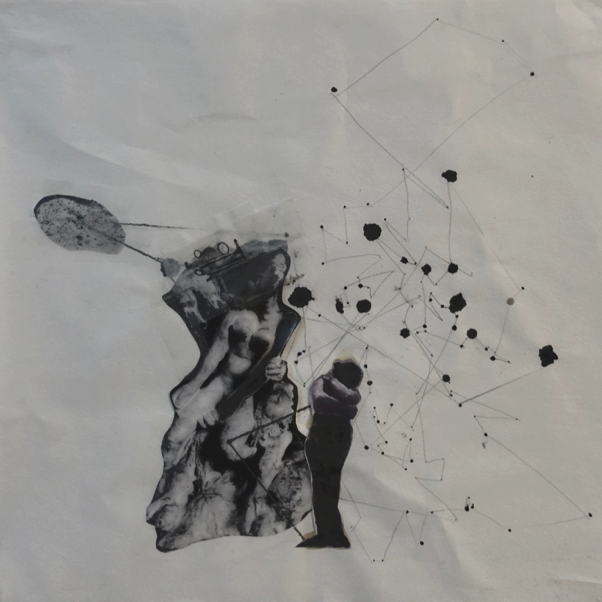 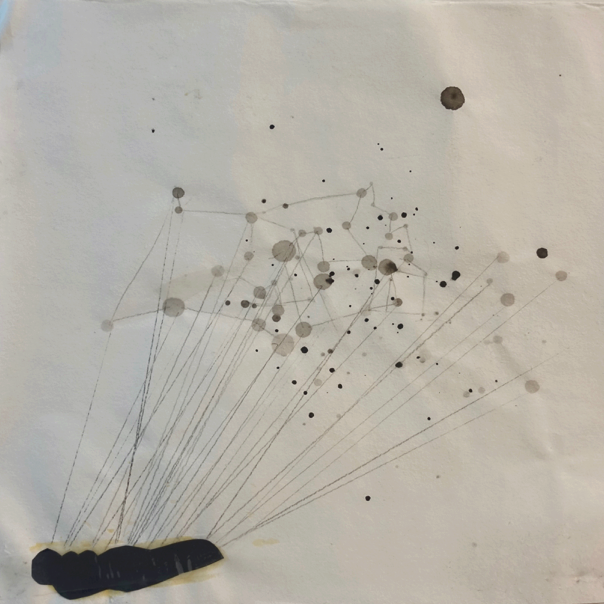 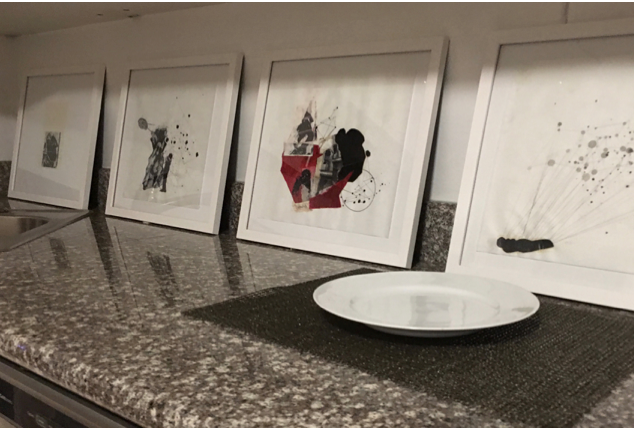 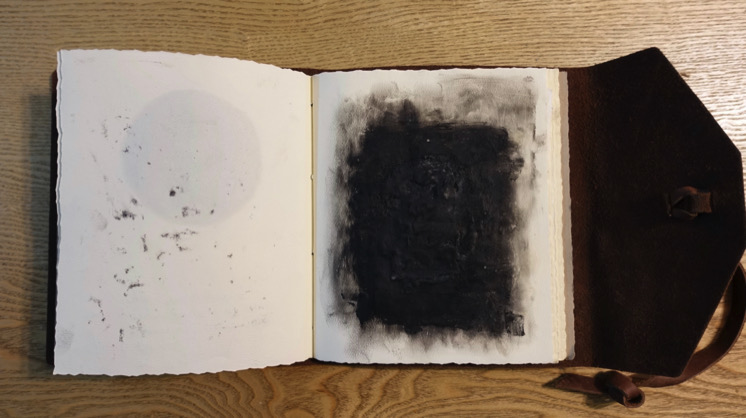 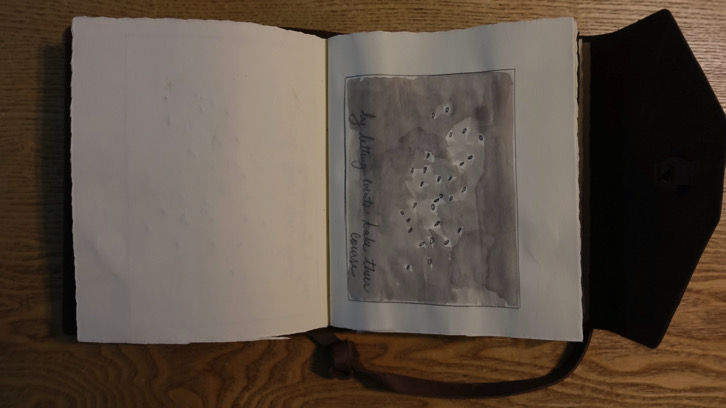 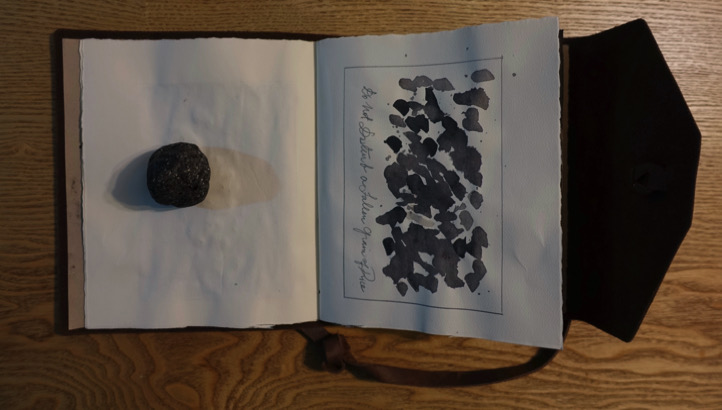 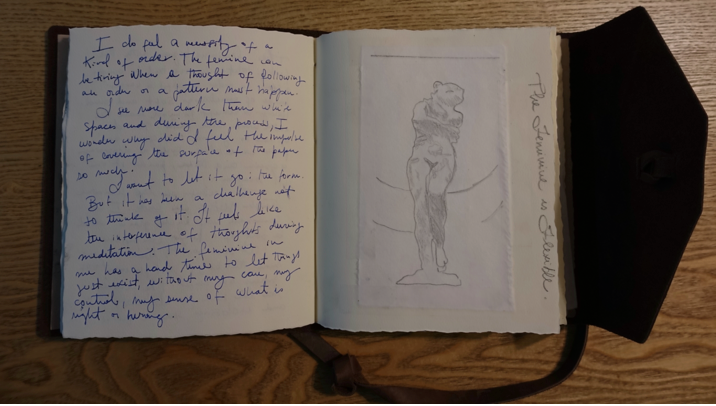 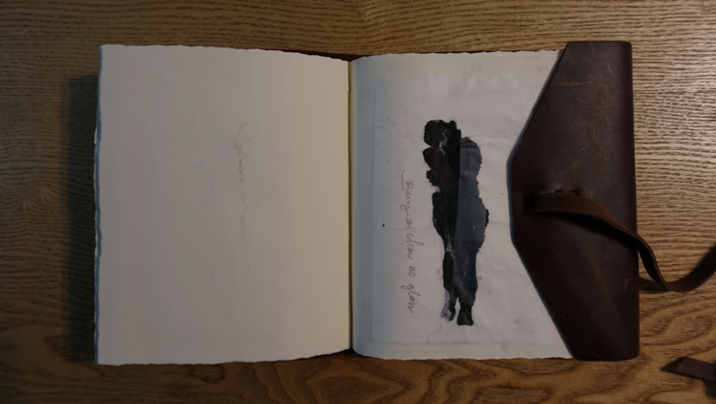 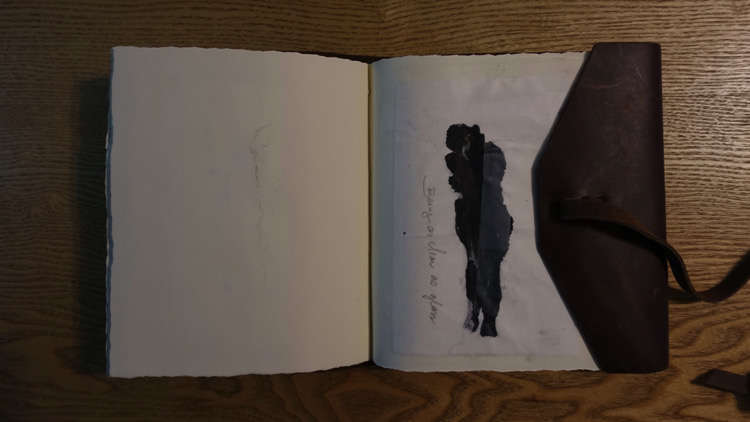 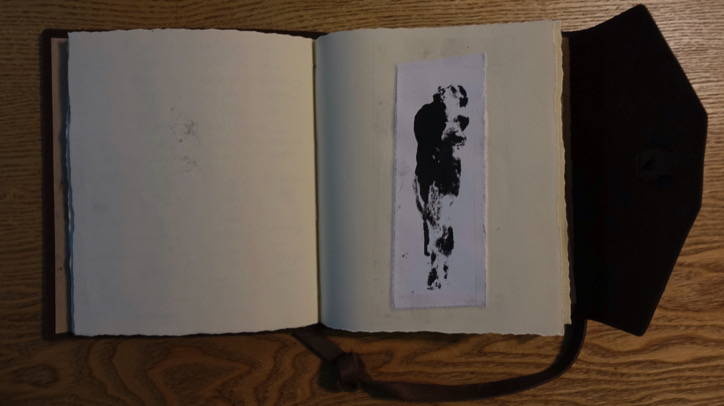 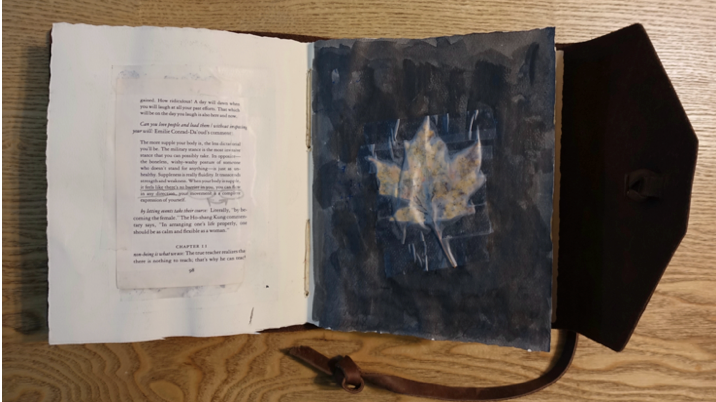 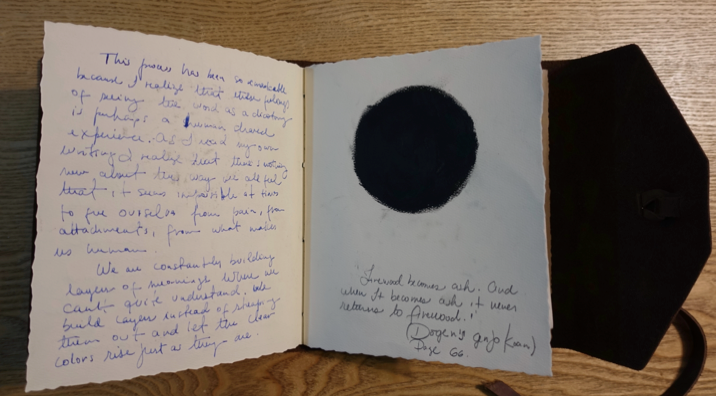 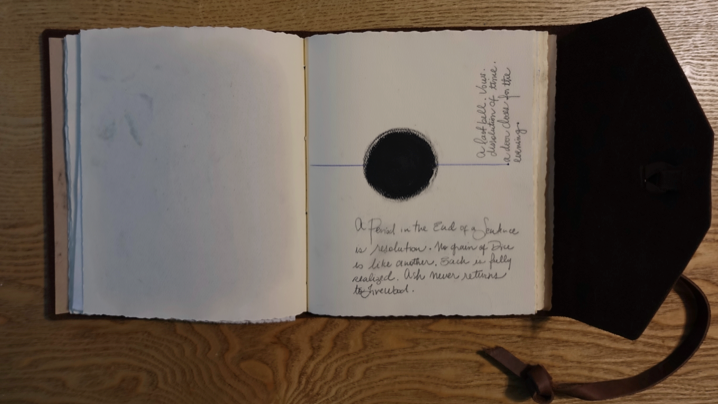 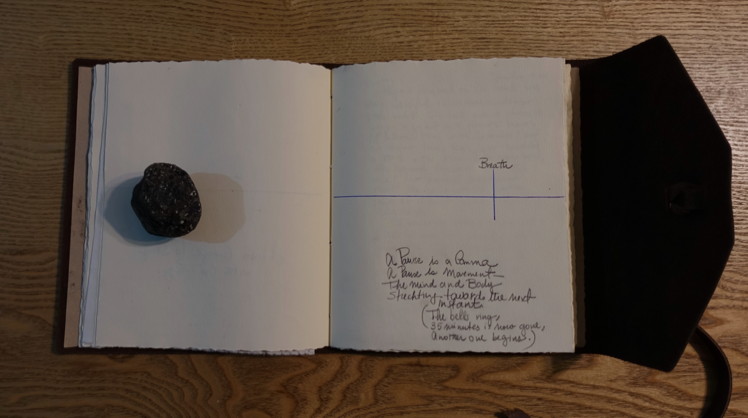