We are looking at works that promote critical analysis and proposals for revolution:

- how to use art to advocate social change

Found and Organized by Adriana reflected on the idea of being an "outlaw."

friend. The content was an exchange between Marcos Lutyens and his friend (shared

with me privately) about what one of them has experienced in Cizre, a town

boarding Turkey and Syria, regarding its second curfew and the silent killings of

innocent people (including many children) last January. It was projected among the

The film became a memorial projected on the altar, a beautiful quiet poem in the

walls of such a powerful sacred space.

A BAG FULL OF ASHES

What do you do when a friend sends you this? I ask you with your poetic heart?

February 10th has been a date which changed my fate irreversibly. That night, I attended a huge peace meeting in a theatre, organized by 'Academicians for  Peace' and 'Writers for Peace'. I delivered a very poignant speech representing the writers. In that meeting,I watched a short documentary on Cizre, a small town the Turkish military has been bombing since  December and the inhabitants have to live under fıll curfew for months, with no Access to food, water, electricity etc  and the police shooting at anyone trying to lgo out, even at children. (I had personally written of a 10 year old girl, shot to death while pleading to police for permission to take her wounded father to the hospital. The father also died of blood loss.)In that documentary, the civilian deaths only in Cizre were given around 250,until the end of January. In a short documentary on Cizre, I watched a group of civilians, mainly women and children with two old men, believing in the call of police,leaving  their shelter waving their white flags, all MACHINE GUNNED. (Noone can stay the same after watching that scene!)

The same night, two academicians also delivered a speech calling Turkey to stop the atrocities.  Now they are in jail,the prosecutor asking for 5-7 years! Last Tuesday, our President personally threatened ''the terrorist writers'' and declared that we will be treated worse than animals. I have been waiting for police since histhreat and the arrest of first acadenicians, then lawyers,, night after night, now 10th in a row.

On the night ofFebruary 10th, there was a huge operation in Cizre, three cellars full of wounded people were burnt. A total of 167 people, though noone knowsthe exact number due to the state of the corpses, were burnt alive. Only a few bones or bags of ashes were handed over to the luckier families as their deceased children, since majority of the corpses were not even in a state to be delivered to the families, as their ashes got mixed together. In one of the cellars, a completely burt lower jaw has been found by the  Doctors Committee, belonging to a 10, 12 year old child. An estimated number of 20 to 30 of those burnt alive were children.

The editor in chief of the Kurdish paper, Azadiya Welat, a young woman called her friends on February 10th, saying that she is slightly wounded and taking refuge in a cellar. No news from her since then! No news, no corpse!

Sorry to have written to you only  a small portion of what has happened. Nobody knows the full extent since journalists  still have trouble in accessing to Cizre, now totally in ruins. Many witnesses say that the machines are working day  and night, dumping the last human remains into the river Tigris.

In my last article, I have written about a mother,  who was handed a  bagful of ashes as her 21 year old daughter, and she was grateful at least to have something to put in a grave. 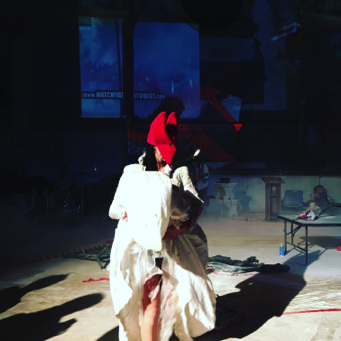